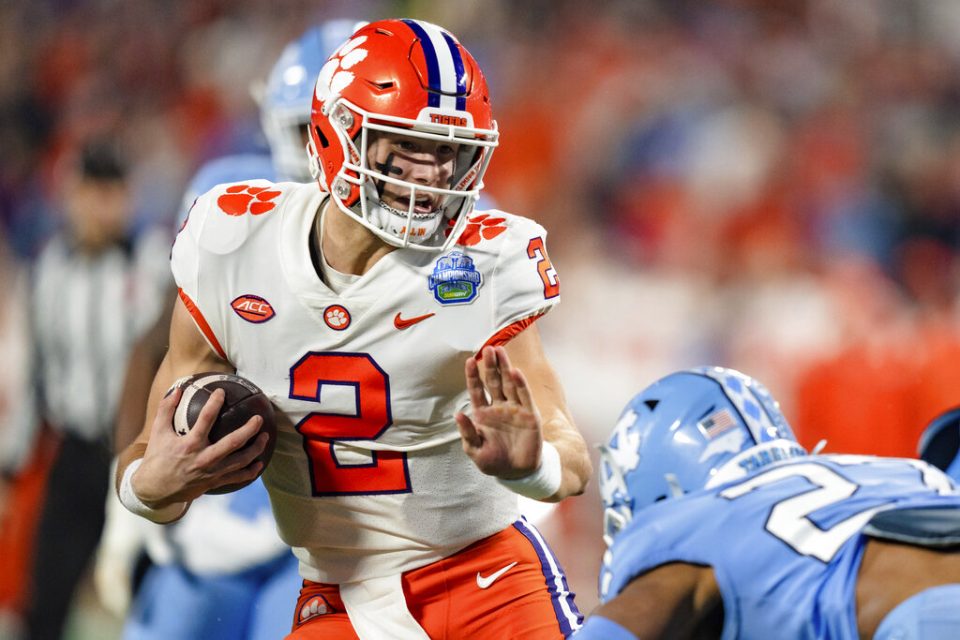 Klubnik replaced starting quarterback DJ Uiagalelei in the third series and had a tremendous game, winning MVP honors with 279 yards on 20-of-24 passing and two total touchdowns to lead the Tigers to a 39-10 win over North Carolina.

A true freshman who helped lead the Chaparrals to three state titles, Klubnik had played here and there during the season for the Tigers in backing up Uiagalelei. After Uiagalelei struggled in a 31-30 loss to South Carolina last week, Swinney said Klubnik would come into the game against North Carolina regardless of how Uiagalelei did this week.

Uiagalelei struggled in the first two series against the Tar Heels, completing 2 of 5 passes for 10 yards and running just six plays. Both drives ended in Clemson having to punt. Klubnik lit up the Mack Brown-coached squad, completing his first 10 passes while throwing for a touchdown and rushing for one. He also caught a pass in that span and nearly scored on it.

“A lot of guys made some plays tonight,” Swinney said after the game. “Cade went in and played well. He was ready and you got a chance to see what he could do. It was a great night and a glimpse at our future.”

Swinney said Klubnik will start in the Capital One Orange Bowl against Tennessee on Dec. 30. Klubnik has played in nine games this season, completing 31 of 46 passes for 377 yards and two touchdowns. He’s clearly the future of the position and Swinney is going to give him the reins moving forward.

Uiagalelei, a junior, said after the game he was, “being the best teammate he could be,” after being benched.

“I’m a team player and I’m super happy for Cade,” he said. “He played an unbelievable game. He puts in a lot of work, and he played free. He played his game. He brought that juice.”

Throughout Uiagalelei’s roller-coaster season, fans clamored for Klubnik to get more snaps, but Swinney said he wanted to make sure Klubnik was ready before giving him significant time. Clearly, he was ready.

“I’ve prepared every week like I was going to play,” Klubnik said. “This week, I was able to dial in on North Carolina, and I think we had our best week of practice all year.”

With 5-star quarterback recruit Christopher Vizzina set to arrive next season, the quarterback room at Clemson is going to be both incredibly talented and crowded. Uiagalelei said he hasn’t thought about his future, he just wanted to enjoy the win, but if he continues his run of good play against the Volunteers in the Orange Bowl, it sure feels like it’ll be Klubnik’s team moving forward.