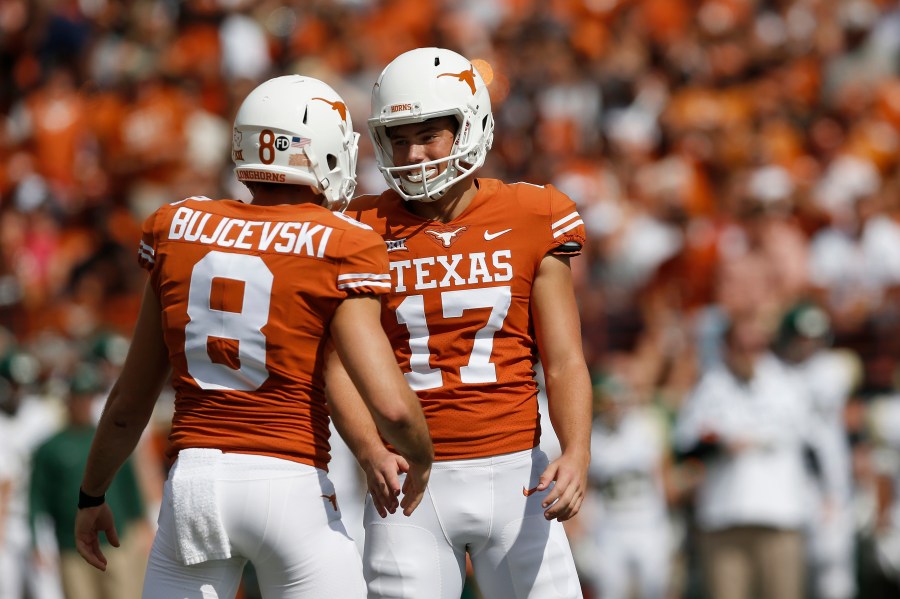 PHILADELPHIA (KXAN) — Dicker The Kicker is in the NFL.

Philadelphia signed former Texas Longhorns place kicker Cameron Dicker to its practice squad on Wednesday. Jake Elliott, the usual place kicker for the Eagles, injured his ankle in last week’s game against Jacksonville. Dicker is expected to make his NFL debut when the Eagles take on the Cardinals on Sunday, according to ESPN’s Adam Schefter.

Dicker went undrafted in the 2022 NFL Draft but signed a free-agent contract with the Rams. He was later released by the Rams during the preseason, then joined the Ravens briefly.

He kicked three PATs for the Rams during the preseason. Dicker was cut by the Rams in the first round of cuts Aug. 16 to get its roster from 90 players down to 85.

It’s unclear how long Dicker will be with the team since Elliott isn’t expected to be out long.