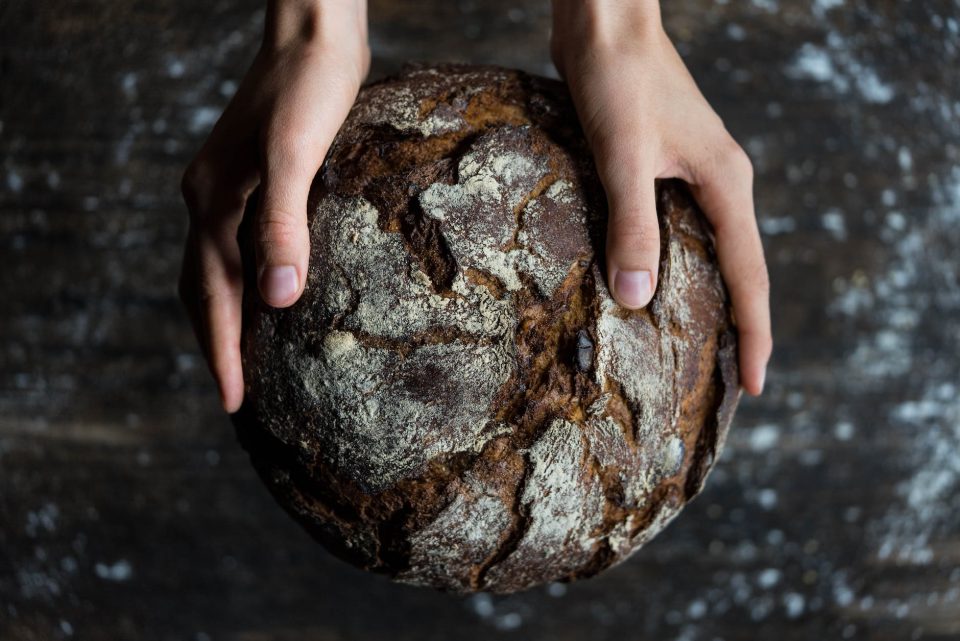 Health awareness may be changing the American diet in recent years. Conditions such as celiac disease caused by gluten allergy have garnered increased attention. Regardless of a diagnosis of celiac disease, gluten-free diets have become immensely popular in the United States. In 2015, around 25% of American consumers reported they eat a gluten-free diet, despite celiac disease affecting only 1 in 100 people. The prevalent concern of gluten sensitivity makes it a controversial and misunderstood food ingredient.

Gluten is a group of proteins commonly found in wheat, rye, and barley — proteins that give the wheat dough its structure. Celiac disease is a condition where there is an immune reaction to this substance. Currently, the only treatment for celiac disease is to permanently avoid foods that contain gluten, such as bread, cake, doughnuts, pizza crust, pasta, and beer. When you have celiac disease or gluten-sensitive enteropathy, ingesting gluten triggers an autoimmune response that might cause damage to your gut lining.

However, some people may experience gluten intolerance or adverse reactions from eating wheat-based foods, even though they do not have celiac disease. The concern for sensitivity to gluten can confuse people and may lead to a misdiagnosis. This article outlines the important differences between these two conditions and how some people may be unnecessarily following a gluten-free diet.

What is Celiac disease?

Celiac disease (also known as celiac sprue and gluten-sensitive enteropathy) is a digestive and autoimmune disorder that involves the immune system reacting to gluten. Specifically the response is known as a delayed-type (Type IV) hypersensitivity reaction. These types of reactions are cell-mediated and occur as the body responds to certain allergens or to certain fungal, viral, and bacterial infections.

Celiac disease affects less than 1% of the population. Many have the condition without knowing it. Because celiac disease is a multisystem disorder that may affect multiple organs, it is not always easy to diagnose. See table below for signs and symptoms.

If you have celiac disease, exposure to gluten causes inflammation in your gut and gradually damages the villi. These villi are tiny hair-like projections inside the lining of the small intestine. When damaged, it can lead to problems absorbing minerals and nutrients from food. Continued exposure to gluten will result in malnutrition and other serious health complications, including permanent intestinal damage.

To rule out celiac disease, a doctor may order blood tests to look for high levels of anti-endomysium (ESA), anti-tissue transglutaminase (tTGA) antibodies, and serum IgA levels (and total IgA levels). Having a regular, i.e., gluten-containing, diet while taking the tests increases the yield. A small bowel biopsy is the most sensitive way to confirm celiac disease. Damage in the gut lining from ingesting gluten means a person has celiac disease.

Strict adherence to a gluten-free diet remains the best way to treat and avoid symptoms of celiac disease.

What is gluten intolerance?

Gluten intolerance, also known as Non-Celiac Gluten Sensitivity (NCGS), leads some people to feeling sick after eating gluten. However, it is not because of celiac disease or a wheat allergy.

NCGS may have overlapping symptoms to celiac disease, but the duration and long-term consequences are not the same. Unlike celiac disease, gluten intolerance cannot cause intestinal damage and doesn’t involve autoimmune responses.

When a gluten intolerant person consumes gluten, it can cause symptoms such as bloating, diarrhea, and belly pain. While you can associate gluten intolerance with the body’s inability to digest gluten, it’s still scientifically unclear how it works.

Most patients find relief from symptoms by reducing or eliminating gluten from their diet. Meanwhile, adding probiotics increases the good bacteria in your gut, which may help reduce symptoms of bloating, gas, or constipation. A natural diet mitigates the need to buy gluten-free foods – now very popular items in supermarkets and health stores.

These two conditions may cause similar symptoms after ingesting gluten, but only celiac disease involves autoimmune responses, causing damage to the small intestine. Here’s a table that shows some of the crucial differences and similarities between celiac disease and NCGS.

Table 1. Cause, diagnosis, symptoms, and treatment

Aside from celiac disease and NCGS, there’s a third type of gluten-related condition called wheat allergy. It’s an allergic reaction to foods containing wheat — particularly the proteins in wheat. Wheat allergies usually develop in childhood, and the symptoms may include asthma, rashes, and even anaphylaxis. Although it involves the immune system, its immune response (allergic reaction) to wheat consumption is not to attack the villi like celiac disease.

To diagnose a wheat allergy, doctors can base it on the results of the following tests, including

Wheat allergies are immediate and can be life-threatening. That’s why avoidance of both food and inhaled wheat pathogens is the primary treatment and management for someone allergic to wheat.

Celiac disease: Gluten-free and Your Gut

Nowadays, every restaurant or grocery store seem to be promoting  “gluten-free” foods, making it one of the most popular diet trends worldwide. In 2021, the global gluten-free products market value was USD 5.9 billion, which is not surprising considering its popularity.  However, experts found no evidence that proves this diet promotes better health or weight loss. In fact, research doesn’t even suggest that going gluten-free can benefit people without gluten intolerance.

Conversely, foods that contain gluten are fortified with vitamins and minerals, including calcium, fiber, and iron. Hence, avoiding these foods without a doctor’s advice may lead to nutrient deficiencies. For this reason, people with celiac disease must work to incorporate an adequate amount of these same nutrients from other foods like nuts, seeds, or supplements.

When you eliminate gluten from your diet, it may alter your gut microbiome, causing problems with your digestion, fighting harmful bacteria, and controlling your immune system.

Is Gluten Sensitivity a Misnomer?

While celiac disease and wheat allergy have specific markers and antibodies in reaction to gluten, the same cannot be said of NCGS. Some researchers are skeptical and believe that most people with self-reported gluten sensitivity do not react to gluten at all. One study in non-celiac athletes comparing gluten-free diets and gluten-containing diets, showing no significant difference in GI symptoms.

Others might even argue that most of their symptoms, like bloating, are actually a reaction to FODMAPs — an excess of poorly absorbed carbohydrates in wheat and many other foods. These foods normally cause bloating and other GI symptoms.

In a 2013 study, 37 people with self-reported gluten sensitivity and irritable bowel syndrome (IBS) were given a reduced FODMAP diet before placing them on a high gluten diet for two weeks. The result showed no evidence that gluten was responsible for the symptoms, which made researchers conclude that FODMAPs are the more likely culprit.

In support of these findings, another study revealed that gluten did not induce the symptoms of people with self-reported gluten sensitivity, but a type of FODMAPs in wheat known as fructans did. With several studies showing little to no evidence of gluten reaction, it might be that some people who claim “gluten sensitivity” may be misattributing the cause.

Anticipating a negative response when something is tried, in this case gluten, is called the nocebo effect. In some cases, the body will even react with bloating and digestive issues! While the placebo effect means “I will please,” you can think of the nocebo effect as “I will displease.”

Despite its low prevalence, celiac disease can be a severe condition, causing a wide range of symptoms. This includes nutritional deficiencies, weight loss, digestive issues, and permanent intestinal damage. While no cure exists for the disease, adhering to a gluten-free diet can relieve the symptoms and prevent further damage.

The treatment may sound simple enough. However, as many as a quarter of individuals with celiac disease do not adhere to a strict gluten-free diet; a similar amount cite cost of gluten-free foods, availability, and planning to be the main challenges.

On the other hand, you can easily mistake gluten sensitivity symptoms for celiac disease or wheat allergy. If you experience symptoms after exposure to gluten or have irritable bowel syndrome, the best approach is to consult your healthcare provider and submit blood for testing.

With the growing popularity of gluten-free diets, it’s easy to be roped into the food fad — even if you don’t have gluten intolerance.

Did you enjoy the article written by Julian Dollente, RN? Subscribe to the website and check out Your Health Forum’s library of articles.

The article was edited and fact-checked by Dr. Christopher Cirino

Iron Deficiency Anemia: Why We Need to Determine the Cause

Bladder Issues: What is Overactive Bladder?