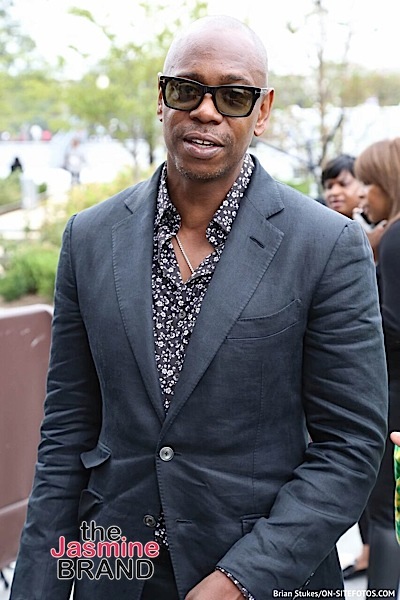 Yellow Springs, OH resident and comedian Dave Chappelle has reportedly purchased a portion of a 52-acre property previously owned by Oberer Land Developers, Ltd.–which had planned to build a subdivision of houses on the land adjacent to Chappelle’s home!

As previously reported, Dave Chappelle, 48, was very vocal when the Yellow Springs town council held a public meeting back in February. He made it clear that he was against the affordable housing agenda. The entertainer also seemingly threatened to pull his $65 million of investments from the city if they moved forward with the housing project. He said,

“I cannot believe you would make me audition for you, you look like clowns. I am not bluffing. I will take it all off the table.”

Dave Chappelle personally came to a city council meeting and threatened to remove his $65m dollars of investments from his city if they allowed a developer to move forward with an affordable housing program. The objection wasn’t to the build, but the affordable housing component. https://t.co/3ahCy1KqmN pic.twitter.com/l8MTxhhlJ7

Dave Chappelle’s spokeswoman Carla Sims released a statement at the time in hopes of providing more clarity as to why the comedian was against the housing project. She said that despite what some may think,

“Neither Dave nor his neighbors are against affordable housing, however, they are against the poorly vetted, cookie-cutter, sprawl-style development deal which has little regard for the community, culture and infrastructure of the Village,”

The council ended up approving the development, however, it now appears Dave Chappelle has blocked  the subdivision plan by buying up some of Oberer’s property. According to reports, Chappelle’s publicist, Carla Sims, told sources last week that the comedian recently bought the Oberer land.Property information on the Greene County Auditor’s Geographic Information Systems website confirms that at least 19 acres of land– previously part of Oberer’s development plans– are now linked to Iron Table Holdings LLC, which is owned by Chappelle.

After multiple attempts to follow-up with Chappelle’s publicist for clarification and additional comment on the sale, Sims reportedly wrote in an email late Wednesday afternoon (Jun.22) that she could provide no new information at that time.

Eight benefits of being a specialist teacher – Mr. Hill’s Musings

India Love Tearfully Opens Up About Being Repeatedly “Touched” By A Family Member As A Child, Says She Felt The Situation Was “Swept Under The Rug”: It Scarred Me For A Really Long Time, Probably Still To This Day