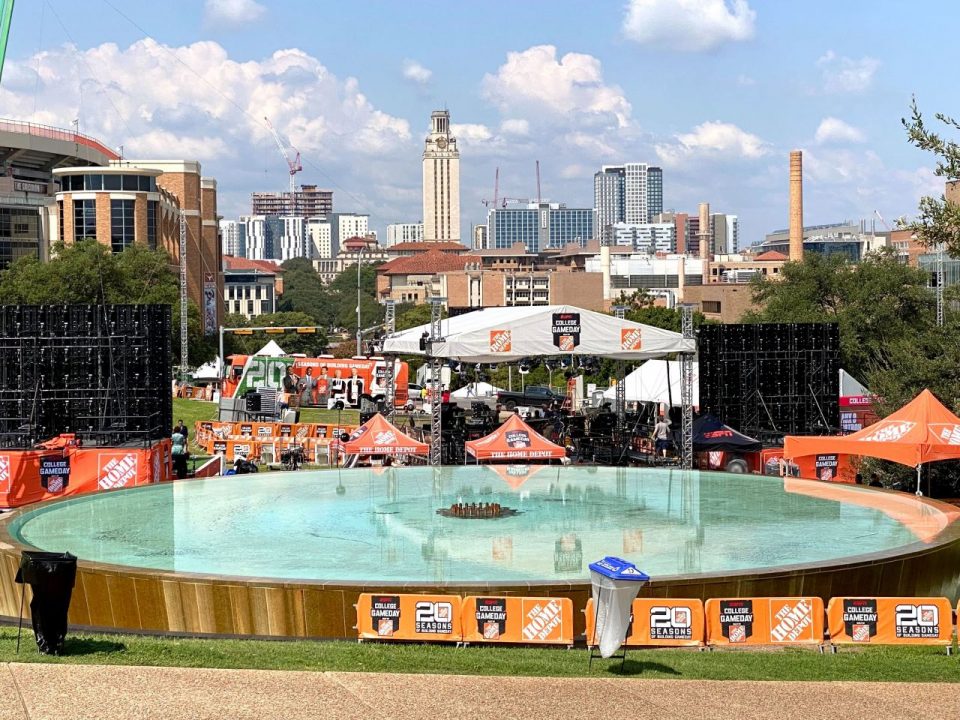 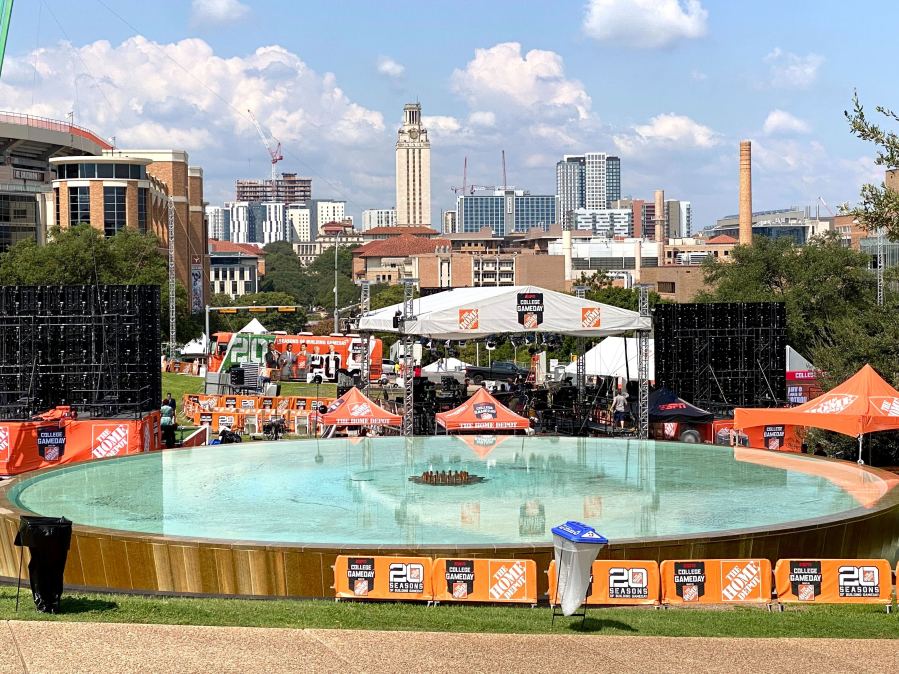 The popular college football pregame show on ESPN will be in Austin for the second time this year Saturday when the No. 4 TCU Horned Frogs come to town to take on the Longhorns.

With a 34-27 win over Kansas State on Saturday, the Longhorns invited chaos to the Big 12 Conference standings. The Frogs are at the top at 6-0, but the Longhorns, Wildcats and Baylor Bears are all 4-2 with Kansas and Oklahoma State at 3-3.

A win would give the Longhorns an inside track at claiming a spot in the conference title game, but Texas still has Kansas and Baylor on its schedule. The last three weeks of the Big 12 season have the potential to be complete madness and the Longhorns could be in the middle of it all.

And that’s a reason why Rece Davis, Kirk Herbstreit, Pat McAfee, Desmond Howard and Lee Corso will be back in Austin.

More details about the College GameDay experience this time around will be available later in the week. The last time the show was here was in Week 2 when the Longhorns nearly beat Alabama at DKR-Texas Memorial Stadium. The biggest difference, other than the opponent, this time is the game against the Frogs is at 6:30 p.m., not 11 a.m. like it was against the Crimson Tide.

It is the ninth time overall the show has been live from Austin.

Saturday’s pregame festivities include Third Eye Blind playing the Longhorn City Limits stage, among the usual Bevo Blvd. and Smokey’s Midway offerings. UT will release more details on other activities around DKR later in the week, but in the meantime, it’s time to get working on your best sign.

Suffering from Back Pain? Start Here

WATCH: Otters go for a dip in Georgetown koi pond