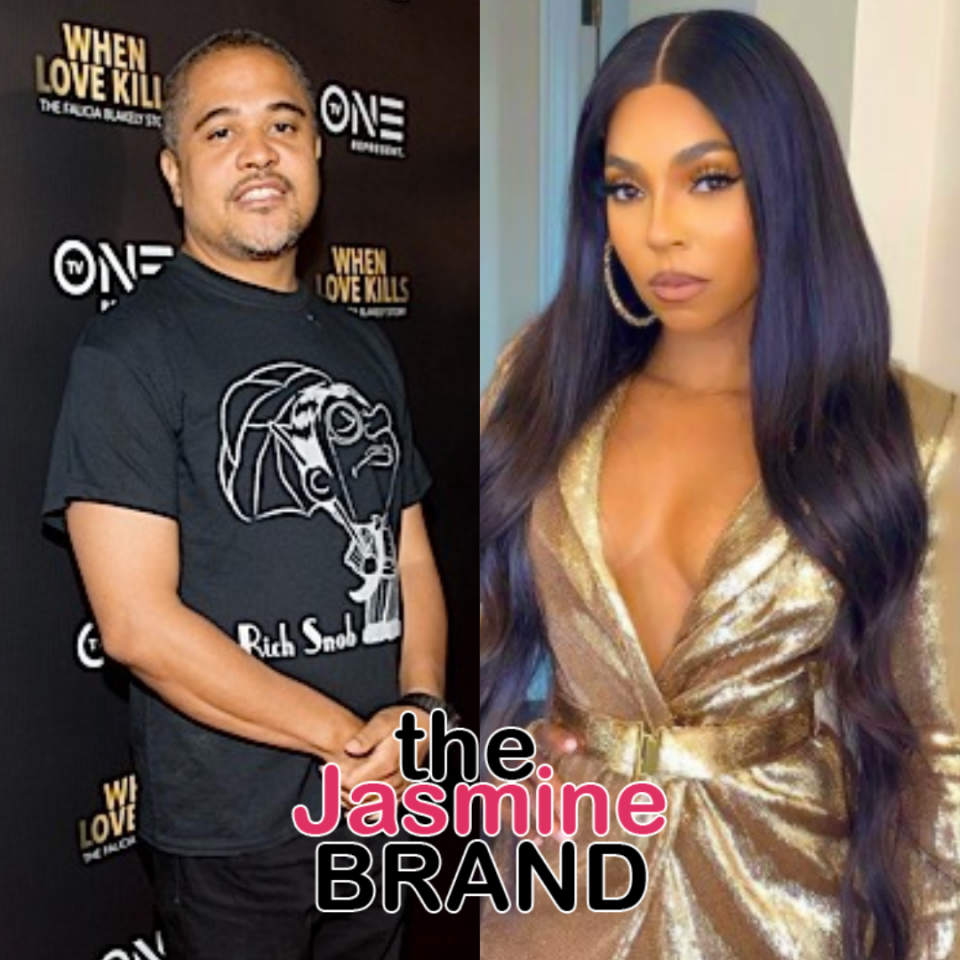 Episode three of The Murder Inc. Story docuseries aired Tuesday night (Aug. 23) on BET. In the latest episode, fans watched Irv Gotti recount the day he supposedly made a move on Ashanti. Gotti says he was newly single at the time and explained that a bond naturally formed between himself and the singer.

“So, one day I was like, ‘Yo, I’ll take you home.’ She said, ‘Bet, cool.’ We are walking to her front door of her crib. She turns and says goodbye and I just kiss her and grab her a** and just mwah. It was like, what took you so long?”

As no surprise, Irv Gotti is once again receiving backlash for his comments on Ashanti. Some fans quickly pointed out the 10-year age gap between the music exec and the “Foolish” singer. Many began labeling Gotti’s behavior predatory being that Ashanti was only 19 or 20 years old at the time of their alleged relationship.

“Something about Irv Gotti gives me delusional. Idk if I believe his relationship storyline about Ashanti. I’m sure they were fooling around but I think he was the only one in a relationship lol.”

“Irv is over a 10+ years older than Ashanti. We need to stop acting like it’s okay for a 30+ y/o producer/label owner to get involved w/ a 19 y/o singer trying to break into the biz. The power dynamics are not even CLOSE to be equal, & that’s before we even talk about Irv’s wife.” 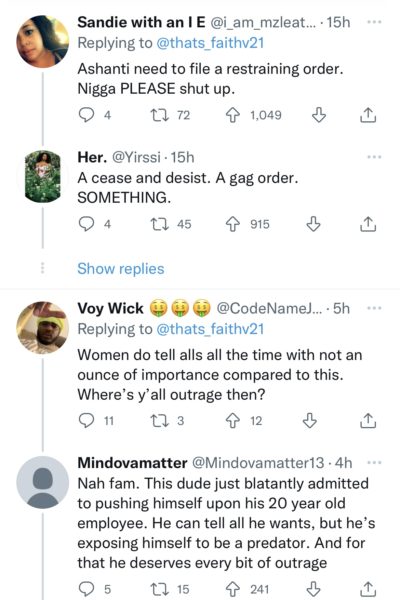 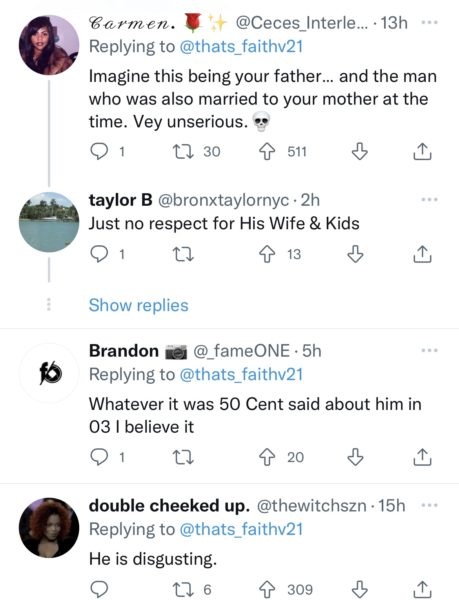 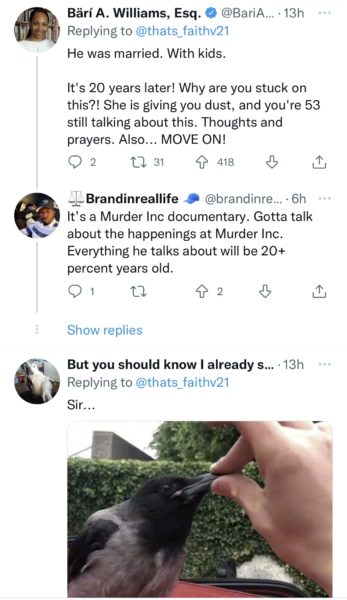 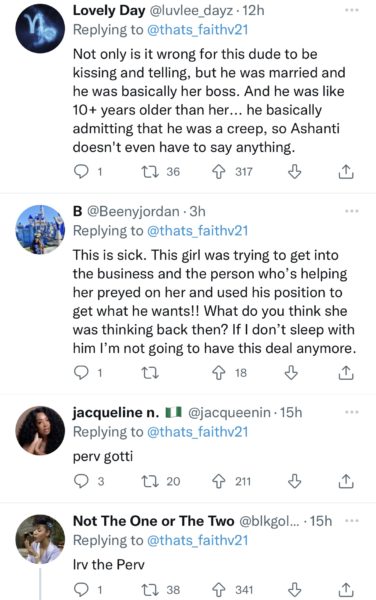 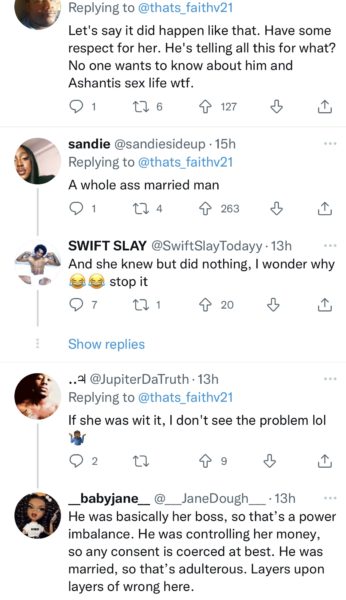 Irv Gotti has been receiving ongoing criticism since he went on the Drink Champs podcast earlier this month and spoke about his alleged extramarital relationship with Ashanti in the early 2000s. In his interview, Irv Gotti spilled the beans on his relationship with Ashanti and discussed how he surprisingly found out that the singer moved on and began dating Nelly. According to Irv Gotti, he was in love with his label artist at the time he discovered she became romantically involved with the Country Grammar rap star. However, fans point out the 52-year-old producer was seemingly still married at the time of reference.

“I can get past you wanting to be with Nelly”

To which N.O.R.E. laughed and quickly rebutted:

“Sounds like you didn’t get past that, just to be honest”

“At the time it happens, any man….is hurt. The chick you f*cking are in love with, is with this n*gga. You wanna know how I found out?” 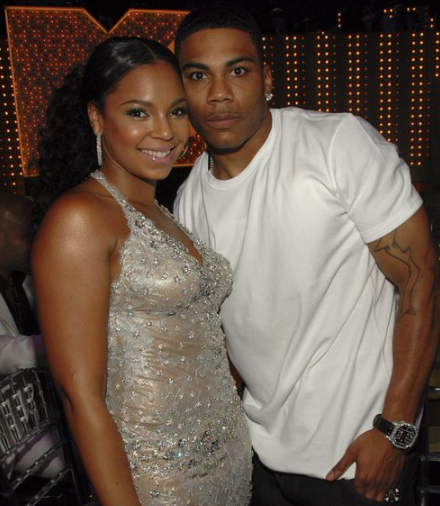 The famed producer continued, revealing that an NBA game he happened to be watching suddenly pictured Nelly with Ashanti on his arm. He stated:

“Listen to this, it was God wanted me to find out….I was at home. NBA package, I like watching sports. ‘Oh my God what’s this commotion going on in stadium?! We just found out what the commotion is. Nelly has walked in with Ashanti’.”

Gotti ain’t over it ??? pic.twitter.com/7eLW6RF0ou

He also shared how an intimate moment created a hit single. According to the decorated producer, Ashanti’s 2002 chart-topping record “Happy” was inspired after the fellow musicians had a love-making session.

Irv Gotti has yet to respond to the recent criticism.

Skateboarding: Why it matters and its place in Austin

He Is Not Even Making An Attempt

Ashanti Addresses Irv Gotti’s Recent Claims That She Abandoned Him During His 2005 Arrest In Resurfaced Interview: I Flew Back & Forth 4 To 5 Times Just To Go To The Trial [VIDEO]