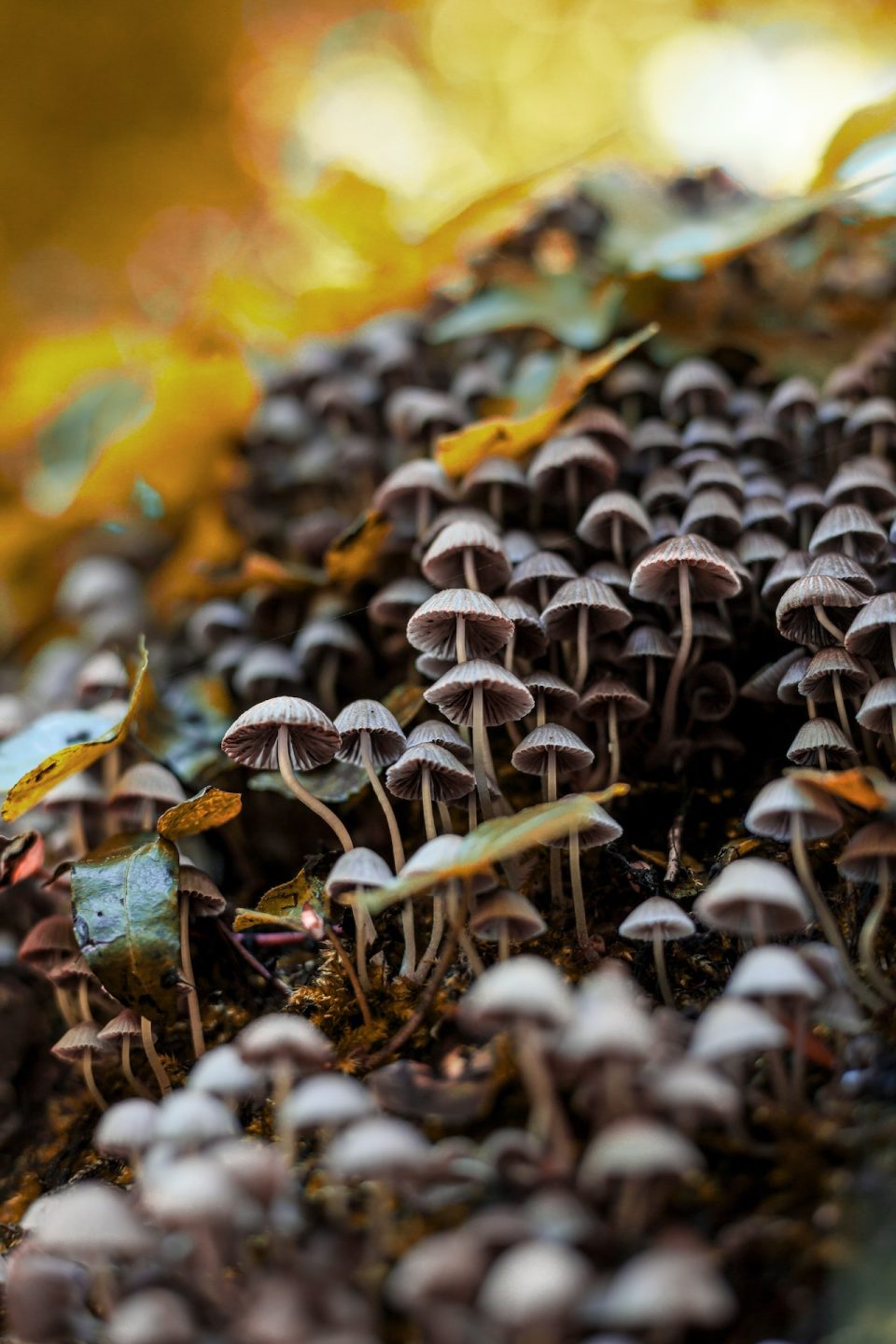 A lot has happened these past few years that may have contributed to people’s anxiety and depression more than ever. In fact, about 16 million American adults experience depression every year. Modern medicine has come a long way with the help of research and technology, but typical antidepressants may not be as effective in dealing with psychological distress.

Thankfully, there’s been a recent breakthrough in treating depression in the form of psychedelics like psilocybin. Psilocybin, commonly known as “magic mushrooms,” is not a new drug. It has been used for thousands of years, particularly in Europe and the Americas. Early societies in these parts of the world have a long history of using magic mushrooms for medicinal and ceremonial purposes.

However, it is only recently that experts, including psychiatrists, scientists, and mental health professionals, consider magic mushrooms (together with psychotherapy) to be a promising treatment for depression and other psychiatric diagnoses.

This article presents an overview of psilocybin and its significance in managing depression symptoms and improving your state of mind.

What is Psilocybin (Magic Mushrooms)?

The psilocybin in these mushrooms can provide feelings of euphoria and sensory distortion, which are similar to the effects of psychedelic drugs, such as lysergic acid diethylamide (LSD). According to the National Institute on Drug Abuse, psilocybin is one of the most well-known hallucinogens, which are substances that can alter a person’s perception, thoughts, and feelings.

Common or street names for psilocybin include:

How Does Psilocybin Work?

Ingesting psilocybin activates the serotonin receptors of your brain, particularly in the prefrontal cortex. Increased activity in this part of the brain can affect your perception, cognition, and mood. Psilocybin use may cause active visual or auditory hallucinations. Sometimes it may distort how someone perceives objects and people around them.

Most people usually experience the hallucinogenic effects of psilocybin after 30 minutes of ingesting it, lasting between 4-6 hours. For others, changes in perception may last for several days, depending on the potency.

Factors that may affect magic mushroom potency include:

The recommended dosage for dried mushrooms may be lower since they contain about ten times more psilocybin than fresh mushrooms.

How is It Consumed?

The mushroom species that contain psilocybin are small, veiled, and have long, slender stems with brown or tan caps. However, identifying these mushrooms can be challenging as you can easily mistake them for any poisonous mushrooms, especially in the wild. Depending on the species, recreational dosage range from 1-5 grams of dry mushrooms or up to 50 grams if you prefer to take them fresh.

There are different ways to consume magic mushrooms. One can eat them raw, drink them as brewed tea, or cook them with other foods to mask their bitter taste. Some take them as a pill since hallucinogenic mushrooms are also available in dry powder or capsule forms, while others cover them with chocolate and eat them as desserts.

Extent of Magic Mushroom Use

At least 8.5% of people in the United States reported using psilocybin mushrooms at some point, according to the National Survey on Drug Use and Health in 2015. People often use magic mushrooms as recreational drugs at parties and dance clubs for increased pleasure. Others use them to seek personal and spiritual experiences.

In the medical setting, the use of psychedelic mushrooms for healing dates back to pre-Columbian Mesoamerican cultures and continues to this day. Doctors are now using psilocybin as a treatment for anxiety and cluster headaches. Recently, the use of psilocybin has shown great potential as psychological therapy for PTSD and depression.

What are the Effects of Using Psilocybin?

Psilocybin has hallucinogenic effects comparable to those of LSD or mescaline (peyote). However, these effects vary considerably depending on the mushroom species, method of preparation, and individual tolerance. Psilocybin use can cause visual and auditory hallucinations, making you unable to discern fantasy from reality. It can also trigger intense changes in mood and feeling.

When psilocybin interferes with the serotonin receptors of the brain, it may alter your:

Other possible effects of psychedelic mushrooms may include

Psilocybin consumption also causes physical effects, such as nausea, vomiting, muscle weakness, and lack of coordination. These effects can worsen if you take psilocybin with alcohol, marijuana, or other substances.

You may experience a “trip,” the period of intoxication from psilocybin where you feel like you’ve taken a trip to a strange, new land. Sometimes it’s a pleasant and fun experience, which is what most people hope for. But it can also be a “bad trip,” which may involve unpleasant and frightening visualizations.

In worst cases, psilocybin overdose may lead to death, although this rarely happens. A 2016 survey found that only 0.2% of 12,000 psilocybin users reported emergency medical treatment. Psilocybin may not be as lethal as LSD, MDMA (ecstasy), or cocaine, but the risk for tolerance and abuse is still there.

Are Mushrooms Legal in the U.S.?

Under the federal DEA’s Controlled Substances Act, psilocybin is a Schedule I drug, meaning that it has a high potential for abuse and has no currently accepted medical use in treatment in the United States. However, recent studies suggest that they have the potential to be an effective remedy for depression.

In November 2020, Oregon passed Measure 109, becoming the first state in the U.S. to legalize the therapeutic use of psilocybin for people 21 and older. As a Schedule I drug, psilocybin is not available to doctors in the clinical setting. However, the new law will make it more accessible to people who need them therapeutically.

Psilocybin in the Treatment for Depression

Several clinical studies have recently reported the significance of psilocybin, the active hallucinogenic ingredient in magic mushrooms, in reversing the “existential distress” that cancer patients often feel after treatment. Chronic diseases and serious conditions like cancer can leave patients with anxiety and depression, feeling that life has no meaning.

Typical antidepressants, such as selective serotonin reuptake inhibitors (SSRIs) or selective noradrenaline reuptake inhibitors (SNRIs), may not be as effective. A 2022 article published by ScienceDaily concludes that antidepressants are not directly associated with an improved quality of life in depressed patients. Another study found that SSRIs harmful effects outweigh the potential benefits. Here is a link to a Your Health Forum to an article that calls for a more preventive strategy toward mental health.

Meanwhile, psilocybin at a single dose of 25mg can significantly reduce depression symptoms in participants with treatment-resistant depression after three weeks, according to a study published recently (Goodwin, 2022). While many participants (77%) experienced side effects such as nausea, dizziness, and headaches, most participants enjoyed their 6-8 hour “trip.”

In the 2016 Journal of Psychopharmacology, the authors concluded that psilocybin in conjunction with psychotherapy decreases cancer-related anxiety and depression, lasting at least seven weeks to eight months. It also increased spiritual well-being and quality of life and improved attitudes toward death among cancer patients.

A small randomized trial at Johns Hopkins showed promising results and supported claims that psilocybin, given with supportive psychotherapy, may be an effective treatment for adults with major depression (Davis, 2021). Seventeen of the twenty-four participants (71%) experienced clinically significant relief from their psychological distress after two psilocybin sessions, and more than half (54%) were considered in remission after a one-month follow-up. These effects persisted even after 12 months (75% response and 58% remission).

Roland R. Griffiths, Ph.D., Professor in the Departments of Psychiatry and Neurosciences at the Johns Hopkins University School of Medicine commented, “Compared to standard antidepressants, which must be taken for long stretches of time, psilocybin has the potential to enduringly relieve the symptoms of depression with one or two treatments.”

Have we found a silver bullet for the treatment of depression? Griffiths noted that psychedelic drugs may afford neuroplasticity and cognitive flexibility, or the ability to adjust to changing demands. Individuals with major depressive disorder (MDD) are less able to transcend the negative cognitive environment. At the very least, the results of psilocybin studies offer hope for those living with treatment-resistant depression and are an impetus for further clarification of its role in treating depression.

Psilocybin has yet to go mainstream for depression treatment. The acceptance of Oregon’s ballot measure is likely to motivate other states to consider psychedelics, including setting up task forces and research initiatives. As for now, therapy remains the foundation to treatment depression. When one form of therapy cognitive behavioral therapy was compared with psilocybin-assisted therapy, participants ranked CBT as more credible. It is likely that this will change as more studies make a case for a safe and effective psilocybin program.

Here is a brief overview of learning theory and cognitive behavioral therapy. In psychology, experts use the principles of learning theory (behaviorism) to explain human behavior. This theory focuses on the idea that behaviors are learned through interaction with the environment and have little to do with innate or inherited factors. Behavioral psychologists suggest that dysfunctional or unhelpful behavior, such as depression, can be learned and unlearned.

In the mid-1970s, Peter Lewinsohn developed the behavioral theory of depression, stating that depression results from environmental stressors and a lack of coping skills. These stressors can cause a person to receive a low rate of positive reinforcement (a pleasurable or rewarding stimulus after a behavior).

According to behavioral theory, people are likely to repeat their actions when they receive positive reinforcement after doing them. For example, many people post their pictures or selfies on social media, hoping to get fame or recognition. Most athletes train and exercise regularly to help ensure that they will continue to be winners. In these examples, posting pictures and training are behaviors motivated by fame, recognition, and glory, which are positive reinforcers.

Lewinsohn’s theory focuses solely on external stressors and directly observable behaviors. However, it is also essential to consider the cognitive aspects, such as personal evaluation of self or others, perception, fears, expectations, etc., because they can affect behavior.

With this in mind, many therapists find cognitive behavioral therapy (CBT) as an effective treatment strategy for depression. It’s a type of psychotherapy that modifies thought patterns to help change moods and behaviors. CBT’s foundation is the connection between thoughts, feelings, and actions and the idea that negative thoughts and emotions can trap someone in a vicious cycle.

By breaking down the overwhelming problems into smaller parts, CBT aims to help one approach these depressive thinking patterns that may lead to inaction or self-harming behaviors. Unlike other therapies that focus on past issues, CBT sessions provide opportunities to identify current problems that may be causing or contributing to your depression. Moreover, CBT allows someone guided by their therapist to find practical ways to improve their state of mind.

The main concern for psilocybin use is the potential for abuse and severe side effects, especially since it’s a Schedule I drug. The good news is that magic mushrooms are the safest hallucinogenic drug out there. It is not chemically addictive, and long-term use doesn’t damage the brain the same way other drugs can. Moreover, no physical symptoms will occur after you stop using magic mushrooms.

Keep in mind that while psilocybin-assisted psychotherapy shows promise, each of us experiences depression differently. There are multiple approaches to treating depression, and individualized treatments work best.

Bibliography (Focused: Other references are linked in the article)

We Thank God For It All

Eating Disorders: The Relationship Between the Brain and Food

Colon Cancer and Its Relationship to Lifestyle and the Microbiome