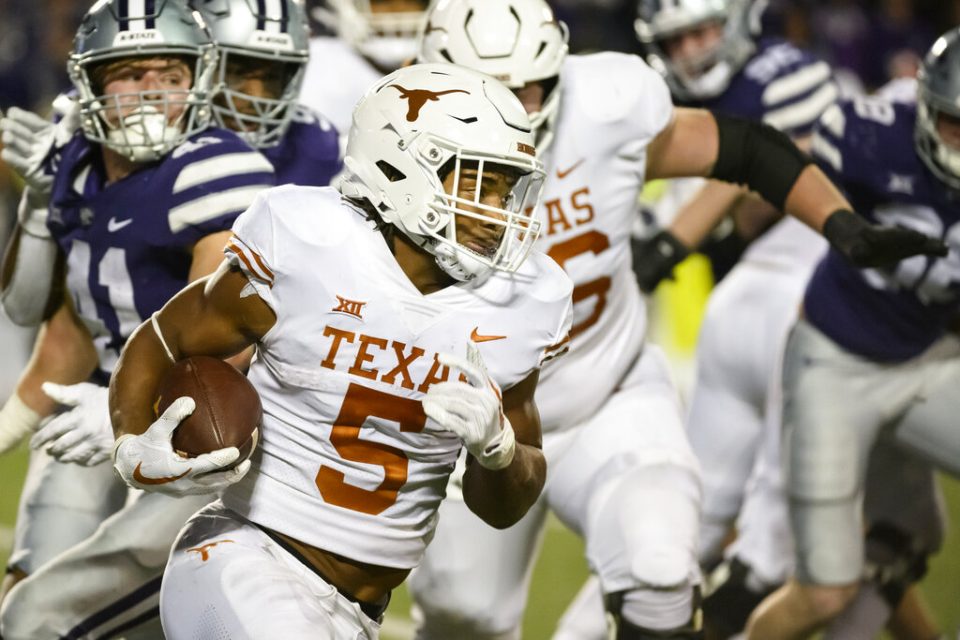 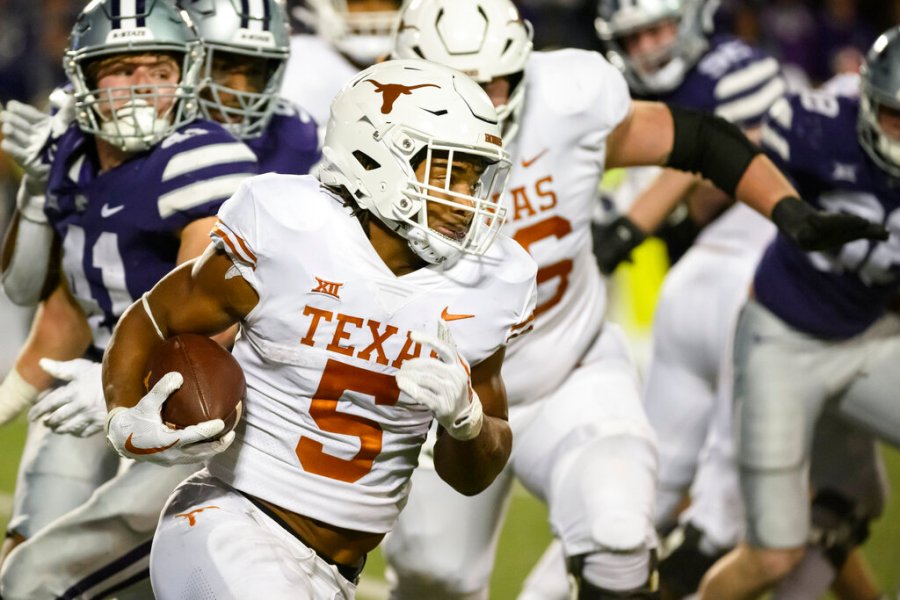 AUSTIN (KXAN) — The No. 23 Texas Longhorns needed one more thing to go their way in order to get another shot at No. 4 TCU in the Big 12 Conference championship game, but Kansas State wouldn’t allow it.

The No. 12 Wildcats fought off the pesky Jayhawks 47-27 to claim second place in the Big 12 Saturday with a 7-2 record. Kansas State will now face the Horned Frogs for the conference title at 11 a.m., Dec. 3 at AT&T Stadium in Arlington.

Had the Jayhawks done Texas a huge favor and beat their in-state rivals, Kansas State and Texas would have finished in a tie for second place at 6-3. Since the Longhorns beat the Wildcats 34-27 on Nov. 5, Texas would have had the tiebreaker to advance to the title game.

If there’s a silver lining to this, it allows the Longhorns to shift focus to their upcoming bowl game. While it’s not yet decided, many are projecting the Longhorns will be invited to the Valero Alamo Bowl in San Antonio, held Dec. 29 at the Alamodome. That’s a tie-in with the Pac-12, and experts across college football are leaning toward the opponent being Washington, but Oregon is also a possibility.

Texas finished the regular season with an 8-4 record, miles ahead of last year’s 5-7 season that ended without a bowl game in Steve Sarkisian’s first year. The Longhorns turned things around this season with a vastly-improved defense and offense that late in the season leaned on its run game.

Making Suggestions and Recommendations Based on Machine Learning – Bored Giant