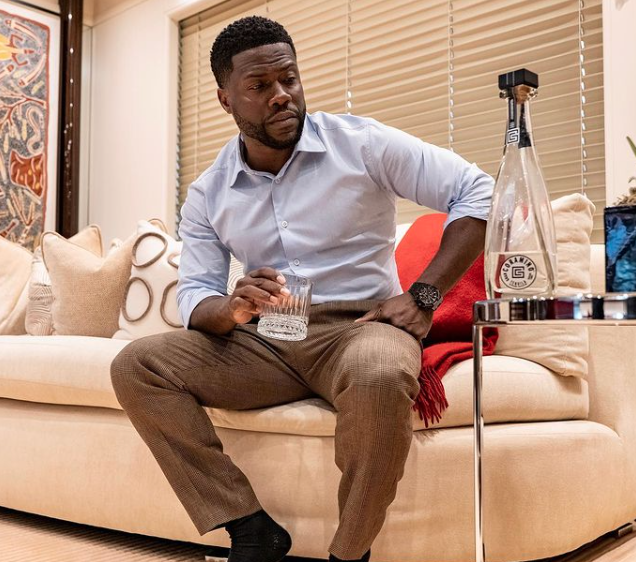 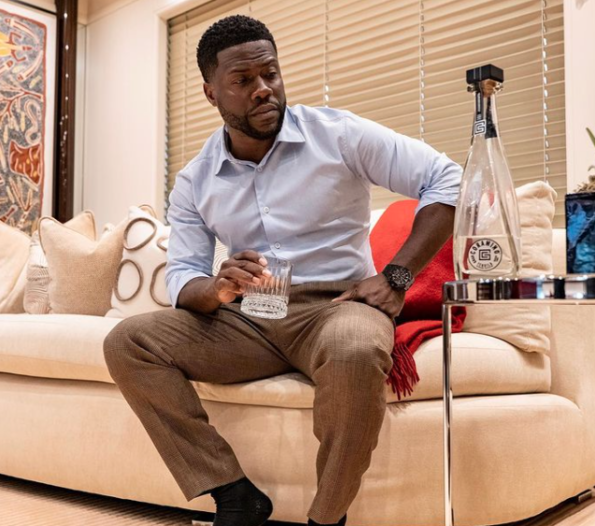 Kevin Hart Speaks On How ‘Cancel Culture’ Has Changed The World Of Comedy: Now, There Is A Heightened Level of Sensitivity

Kevin Hart is a lot more careful with his jokes these days.

The Fatherhood actor is the latest celeb to speak out against cancel culture, noting that he feels like he needs to be more cautious with his jokes, but doesn’t necessarily mind doing so as he continues to learn and grow.

“Let’s be honest, I think there was a lot of changes that were needed and necessary, right? And I think being aware is something we should all prioritize. Just being aware. We’re learning to better understand each other, and in doing so, respect should be attached to that.”

“Now, there is a heightened level of sensitivity. There is a heightened level of opinion in today’s time because social media has presented the world with a bunch of platforms so people can express themselves and how they feel. So now the things we didn’t hear on a regular basis you are hearing. The conversations you may not have been aware of, well, you are hearing because they’re all happening in real time.”

Kevin Hart sparked controversy in 2018 after it was announced he would be hosting the Oscars. Twitter users revived old homophobic tweets Hart had sent out over 10 years earlier, along with a contentious joke he made about the LGBTQ community. In the end, he stepped down from the hosting gig. 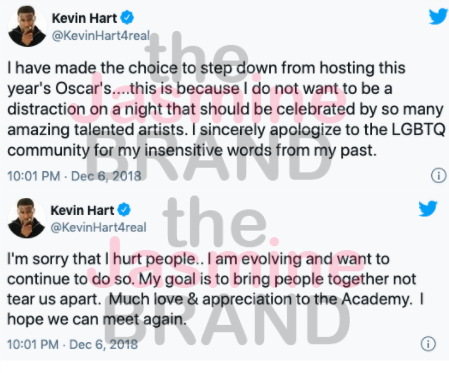 In an Instagram post where he called individuals who were upset “trolls,” Hart initially refused to fully acknowledge the jokes and tweets, insisting he had previously apologized. However, he eventually switched courses as the backlash continued, sending out a “genuine apology” to the LGBTQ community via Twitter and announcing that he was stepping down as Oscars host so he

“wouldn’t be a distraction on a night that should be celebrated by so many amazing talented artists.”

After Hart stepped down, Jimmy Kimmel served as the host of the ceremony for a second consecutive year.

During his recent interview, Hart claimed he makes an effort to set an excellent example of “transparency” and being honest while talking about the things that some people don’t find funny.

“I feel like there’s a line that now has been drawn, and some people are tiptoeing around it and some people are aggressively crossing it. What we have to better do is find a balance to where we can all stand on this line, regardless of what side you stand on, and hold each other’s hand knowing that we mean no harm. That, I think, is the goal at hand.”

As far as his past mistakes, Hart emphasized that there must be a world where people are allowed to improve and learn from their errors.

What are your thoughts on what Kevin Hart shared? Let us know in the comments!

Comedian Jess Hilarious Says A Male Celebrity Thought She Was Transgender, Offered To Fly Her Out To Have Sex