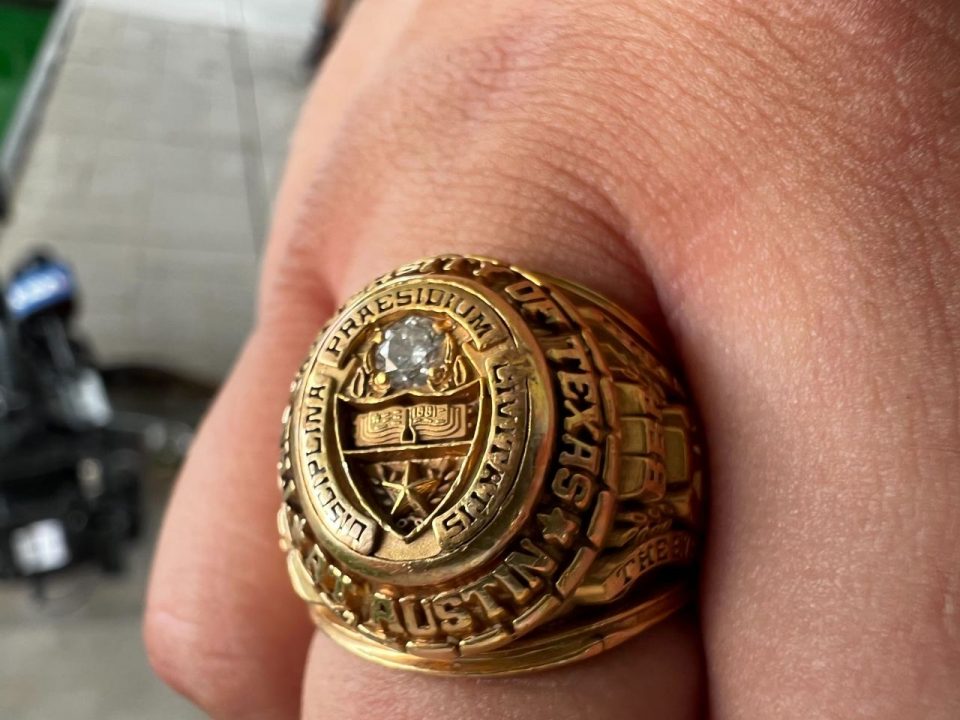 AUSTIN (KXAN) — Michael Valintin didn’t think “in a million years” he was going to see his University of Texas class ring again after diving off a boat on Lake Travis a year and a half ago and having it sink to the depths of the lake.

That was until he got a text from Robert Weiss at Lake Travis Scuba earlier this week letting Valintin know he had found the ring on one of his scuba missions.

“I just couldn’t believe my ears, man,” Valintin said. “I’ve been praying for that ring for the longest.”

Valintin said he was at a birthday party for one of his close friends here in Austin when he decided to take a dip in the lake. When he came back up, the ring was gone.

“It was a hard blow at first because I pride a lot in being a UT alum,” he said.

That was June of last year. Saturday, Valintin made the trip from Houston to be reunited with the ring.

It’s not the first time Lake Travis Scuba has come up with goodies at the bottom of the lake and tracked down the rightful owners. From apple watches to engagement rings to cell phones, the team finds it all.

Weiss and his team originally started Lake Travis Scuba as a charter boat scuba company but now are hired to find things that fall overboard.

“We first started finding goodies and valuable items and things like that and actually came up with the idea of a business for search and recovery,” Weiss told KXAN when we featured him back in 2021. “What’s on the bottom is our little playground.”

Austin Trail of Lights tickets to go on sale Thursday