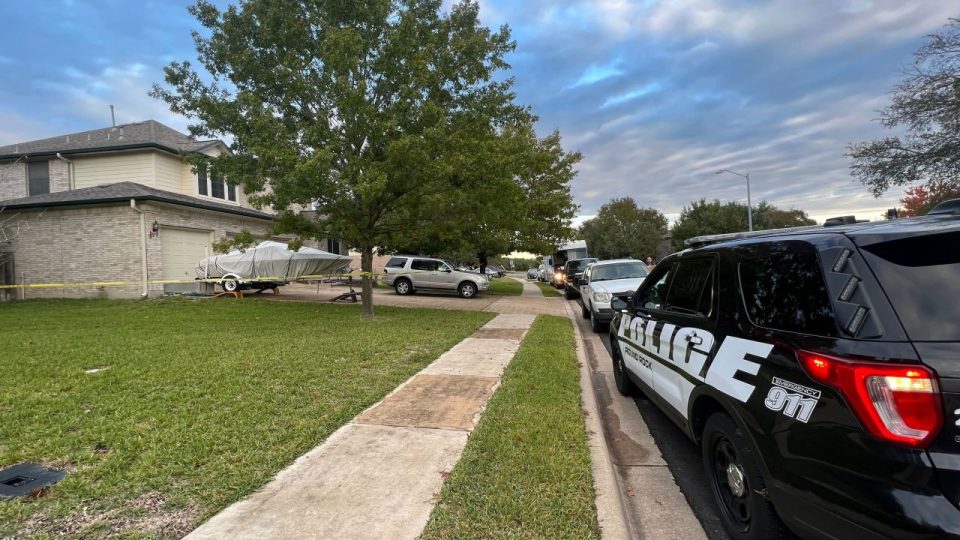 ROUND ROCK, Texas (KXAN) — The man and the Round Rock police officer involved in a deadly shooting Sunday morning were identified by the department Monday.

On Sunday, RRPD said a sergeant shot a man after a domestic disturbance call in the 3000 block of Bradford Park Dr. RRPD said the 65-year-old man was armed and opened fire. The man died shortly after.

RRPD identified the man as Martin John Bradley on Monday. He was a Round Rock resident who lived at the home. Police said Bradley was the “primary aggressor” in the incident, which involved his daughter and grandchild.


1 dead after gunfire exchange with Round Rock police

Officers responded to a call around 12:15 a.m. Sunday. The caller told police the disturbance was physical, and there was a 1-year-old also in the residence, RRPD said.

According to police, the caller and child were able to safely leave the residence. Officers said the offense was thought to be a misdemeanor, and they began to leave since all potential victims were safe and out of the residence.

As officers were leaving, a shot was heard from the residence, according to police.

“As officers reapproached the residence due to the gunshot, the suspect exited the back porch, pointed his weapon, fired a shot, and an officer fired a single shot,” RRPD said.

The officer who shot his weapon was Sgt. Christian Wilson, police said. Wilson has 22 years of experience with RRPD.

Wilson was placed on administrative leave, per department policy. No officers were injured in the shooting. The investigation is ongoing, police said.

This shooting marks the fifth police shooting for RRPD in the past five years. One happened in 2018, two in 2021 and another happened earlier this year in May.

In January 2018, two officers shot at a car burglary suspect who fired at them when they confronted him early in the morning. The suspect died. In August 2021, a similar situation occurred, where officers shot at a man they believed was breaking into cars. Police said he pulled out a gun when they were trying to detain him. The man survived.

Officers said in June 2021, another man threatened to kill people in a hotel and pointed his gun at children and others. An officer shot and killed him.

Earlier this year, police shot and killed a man they said fired at officers from a wooded area. The man’s sister told KXAN he was a veteran who struggled with mental health issues. Five officers were placed on leave after the shooting.

Trey Songz Accused Of Forcing Himself On Another Woman & Harassing Her After She Refused To Have Sex w/ Him: He Isolated Me, Tried To Make Out w/ Me, & Put His Hand In My Mouth