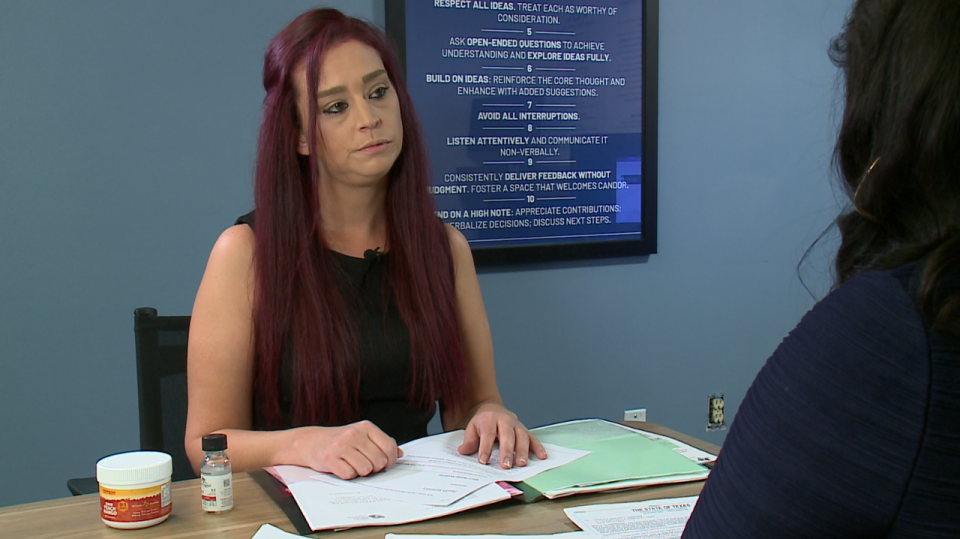 TEMPLE, Texas (Nexstar) — A Texas single mom is in the process of being evicted from her apartment complex for medical marijuana possession. It’s legal in the state.

“Here’s another complaint that I have, and that’s what started all this,” Candace McCarty said, showing reporter Jala Washington a folder full of documents.

McCarty is trying to keep track of everything as she fights eviction notices from her apartment complex in Temple, Texas.

McCarty takes THC gummies, uses cannabis oil and smokes marijuana to help with a number of health problems, she said.

But she recently found out living in federal assistance housing, marijuana products — even those that are medically prescribed — aren’t allowed.

She got caught because a neighbor busted her.

“I thought it was all legal because I obtained it legally from the state,” McCarty said. “I’m just a single mom on disability and I’m just trying to make it…facing homelessness right before the holidays.”

Though medical marijuana is legal in Texas, it’s illegal federally. McCarty’s housing is through the Central Texas Housing Consortium, which is federally regulated.

“Their lease does spell out that any drug use is not allowed, and that their lease is subject to termination for any drug activity,” said Barbara Bozon, Eexecutive director of Central Texas Housing Consortium.

McCarty’s lease stated no resident should engage in:

McCarty doesn’t feel it was spelled out clearly enough. And since she just relocated to Texas two years ago after Hurricane Laura, she wishes she would have known better. She’s worried about how this situation might affect her getting another apartment.

“I just want people to know, so they’re not in the same position that I’m in,” McCarty said tearfully.

Other people could likely wind up in this same situation. According to Bozon, majority of assisted living complexes are regulated federally — meaning medical marijuana isn’t allowed, regardless of state law.

McCarty goes back to court the end of November.

The Fastest Mode of Bitcoin Exchange