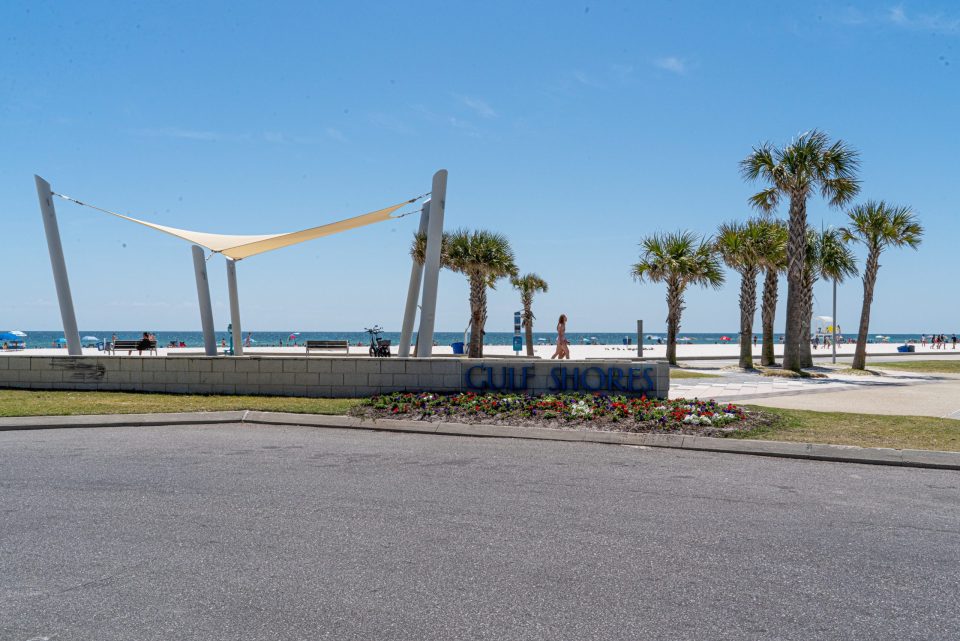 This ‘Alabama Point’ matches the popular descriptions of a 6000-foot wide white sandy beach with boardwalks that leads through the dunes to the ocean. I read many reports of free parking, but the pay stations in the lot say otherwise. I even read one article saying they “loved the surfing,” but I’m taking that with a grain of salt. My go-to source, Magicseaweed, says, “Alabama beach breaks are abominably fickle” but adds that it’s “one of the best options on the Alabama mainland” – even though Orange Beach is technically on an island. They also place Alabama Point on the west side of the pass, so there’s that.

So let’s just say Alabama Point, aka Florida Point, aka Point East, is on the east side of the pass with the corresponding park sign. This beach has a reasonably sized paid parking lot and the aforementioned 6000′ white sandy beach. It also has restrooms, showers, and regular food trucks, including the super cute Frost Bites that operates out of an Airstream. You’ll also be close to fine dining at Cobalt, which has a kicking happy hour from 3-5, which you can catch if you time your beach visit right.

Oh, what about Shell Beach? It’s a small, paid lot, 900′ past the entrance to Alabama Point, with no amenities. It is close enough to be overflow parking for Alabama Point if you need it. It’s where you’ll find Alabama Point Reef, one of Gulf Shores’ artificial snorkeling and diving reefs. It’s located a couple hundred feet offshore and marked on the beach by two poles with red lights.

Steph Curry on playing in the Finals: I've been here 6 times, I got a lot of experience | NBA Finals